I’m writing this at the Winter Solstice. It’s one of those still Dartmoor winter afternoons, there’s a blanket of motionless grey clouds and not a breath of wind.  Earlier a buzzard wheeled lazily over our rooftop, the only movement in a sky where even the ubiquitous rooks were still and silent. Though it’s only 4:15pm it’s twilight, that intermediate, in-between state of not light and not yet dark. By the time I finish writing it will be deep dark.

It’s a day that feels like a pause, an in-breath, a still point, an ambiguous and paradoxical turning point in time. Slivers of lines from T.S Eliot’s poem Burnt Norton have been flickering in and out of my mind, like minnows barely visible in peaty amber streams that flow off the moor  “the light is still at the still point of the turning world…”

This year, I almost didn’t send a Christmas post, too many have been popping into my in-box and I felt like I didn’t want to add to the busyness and clutter.  But then at the last minute, I realise there is something I want to share…

Yesterday I attended the funeral of a local young man, not much more than a boy. Nineteen years old – the same age as my son.  The sudden random death of one so young, with so much to look forward to shakes a community. He was ‘one of ours’ a lovely, bright boy. It’s just not how things are meant to be.  It can’t be reconciled.

In the church, mourners squeezed into pews, packed themselves into the back and overflowed down the aisles in silent solidarity.  Being part of a  congregation, brought together to witness the loss and celebrate his life was a first attempt towards reconciling the unreconcilable, a leaning towards an eventual return of the light. It’s easy to say that there is no light without dark, no life without death and no dance without a still point.  It’s easy to say that buried inside polarity and the clash of opposites is always a relationship between two elements. It’s easy to say that the challenge is to hold the tension and find a place to stand that can hold both sides of a paradox, stepping forward into life from there. But it is not easy to live from there and if I am totally honest, as a mother, I don’t know if I’d survive such a loss, I don’t know if or how I’d find my way through.

Perhaps it’s no surprise that on this longest of nights, after a year that’s had more than its fair share of clashing opposites and political polarity I turn to Eliot’s poem and find inspiration and comfort as it edges towards reconciling the irreconcilable.   Here’s a few lines …

So as the year turns and the light begins its return, with gratitude for all of your good wishes and support over the past year, I wish you the gifts of the season  peace, joy, light, hope and love.

Many thanks to Wise Goose graduate Lucy Weldon for this post.  Lucy is a career coach who specialises in the development of sustainable careers. 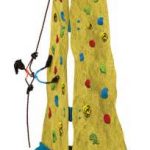 Have you thought about what living to a hundred will be like?  It will soon be unremarkable to live that long.  Many societies, including the UK, are rapidly ageing.  There’s lots of discussion about the funding challenge but not enough about the decades that precede our twilight years and what we do with our longer lives.

In the book, The 100-year Life by Lynda Gratton and Andrew Scott, the authors talk about this extended life and working life as being a gift.  It’s certainly a positive way of looking at it.  However, it depends on your individual circumstances.  If you live in the USA without health insurance or you depend solely on the UK government pension with little personal savings, the extended working life is a worrying and onerous necessity.

We’re seeing already that the simple career path of a ‘job for life’ is losing its currency.  The vertical career ladder of ‘onwards and upwards’ needs to change to what I call a multi-staged climbing wall model.  Now, more than ever, we need to look at our working lives differently and to manage them more proactively.   Luck will always play its part, but it won’t necessarily get you to where you want or need to get to.

My focus with clients is on having a ‘sustainable career’; by that I mean having a working life that brings in the required financial reward as well as fulfilment, purpose and balance.  How do we achieve this?  It won’t just happen.

Here are some aspects of career management to think about.  They are not necessarily age specific.  Responses to them will be rooted much more in life stage:

It’s the ‘whole you’ not just the ‘working you’ that needs to be looked at and considered.  It’s also about making our extended lives more a voyage of discovery than a haphazard, hoping for the best kind of experience.  When you have choices, when you can get on the front foot, why wouldn’t you?