I can’t believe we are heading towards the Autumn equinox and the marking of the transition between seasons. There’s definitely that back to school/ work feeling in the air. This week I’ll be driving my son back to Brighton for the start of his final year at the University of Sussex.

This year it’s a transition that I have mixed feelings about, with news of a virus storm brewing on university campuses and knowing he will be returning to face more uncertainty, disruption and social distancing. Young adults generally are more likely to suffer the long-term consequences of economic downturn, more likely to have lost their jobs or been furloughed, more likely to live in cramped shared housing; more likely to suffer Covid related mental health issues. There’s been a lot of talk about impacts of the pandemic on children, the elderly and businesses but impacts on young people and how to support them seems to be largely ignored and this troubles me.

Given my concerns, a couple of days ago when I heard Matt Hancock laying the blame on young people for the Covid spike, I felt angry. I wanted to blame him.

My rant began something like this: “How dare you shift the blame. It’s your fault they took advantage of ‘eat out to help out’ and heeded the prime minister, who said it was a ‘patriotic duty’ to go to the pub.  Your mixed messages made this mess, and so Mr Hancock, YOU are to blame for your governments chaotic, incompetent response to Covid19.”

My reaction got me thinking. In this tirade, the fact that quite a few young adults have been casual about social distancing, and the question of how best to do something about the risks is simply not part of my picture.  I’m off, on my high horse, lashing out at full speed, sucked into the ‘Blame Game’. What just happened?

Blame it turns out, is contagious, it spreads like a virus. A 2010 study from USC into ‘blame contagion’ showed that pointing fingers at others is not only infectious, it is amplified when trust is low and seems to be eliminated when people feel valued and appreciated. In other words, being blamed for things that are not our fault and not receiving acknowledgement and the credit that we deserve are entangled.

How the credit/ blame game is played is a key ingredient of organisational cultures, for better or for worse. I often meet clients who work in organisations with rampant cultures of blame. These are places where dishing out blame, unfair attacks or credit grabbing hijack energy and distract from tackling problems. Teams and organizations with a culture of blame have an uphill struggle when it comes to encouraging learning, creativity, innovation and productive risk-taking. Blame is an excellent defence mechanism, by avoiding looking at our own flaws and failings, blame protects our self-image. However, research shows that people who blame others for their mistakes lose status, learn less, and have poorer performance compared to those who own up to their mistakes. The pattern is so destructive, whether you are a coach or a leader, blame is something to be alert to, because in the end playing the blame game never works.

The blame game is lazy. It’s easier to blame someone else than to recognise and accept responsibility for the part you play in a messy situation. Becoming blame-savvy requires effort, changing behaviour so you don’t repeat mistakes involves work.  Creating psychological safety is one of the most important things a coach or leader can do to stop the blame game but this takes awareness, time and commitment. Here are a few potential places to start:

Author of The Blame Game Ben Dattner summarises it like this: “We all want to be recognised for our effort and accomplishments, and we resist being blamed when things don’t go right. This leads to habitual patterns of credit and blame at work. […] The most successful leaders are able to see their role in the blame game, admit mistakes and focus on fixing rather than blaming.”

Do you recognise the Blame Game?

Written in the 13th century, this poem an oldie, but goodie. Though overused in mindfulness circles to the point of becoming a cliché, it’s still a beautiful reminder to meet, accept and respect the myriad of visitors I’ve been entertaining as COVID19 lock-down sweeps my house empty of furniture.  So here’s a virtual cup of tea for our uninvited guests. With all my love, Helen

This being human is a guest house.
Every morning a new arrival.

A joy, a depression, a meanness,
some momentary awareness comes
as an unexpected visitor.

Welcome and entertain them all!
Even if they are a crowd of sorrows,
who violently sweep your house
empty of its furniture,
still, treat each guest honourably.
He may be clearing you out
for some new delight.

The dark thought, the shame, the malice.
meet them at the door laughing and invite them in.

Be grateful for whatever comes.
because each has been sent
as a guide from beyond. 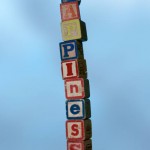 I’ve had a full week. I’m a community governor at the local primary school where I’ve spent about 12 hours since Monday. I’m also co-chair of an educational charity; that’s taken another day out of an already busy schedule. All unpaid; more than once I’ve caught myself asking: Why do I do it? After all, I also run a business and need to make a living. END_OF_DOCUMENT_TOKEN_TO_BE_REPLACED 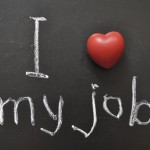 Organisations need people who are engaged and motivated; especially during an economic downturn.

For those working in the public sector right now horizons are changing at lightning speed.  We are in transition, lean thinking, SMART working, value for money, quality improvement, downsizing, down shifting, performance reviews and restructuring.  The reality is that the flows are changing, the world of delivery is changing, and the seasons are closing in. It is exciting, innovating, frightening and never before has VFM been so critical.