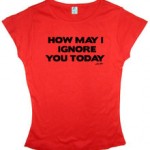 Have you ever been ignored, rejected or felt slighted by a colleague or a boss? Have you ever given someone the ‘silent treatment’?

Silent bullying is common and costly, I know a lovely woman who was so badly shunned by her boss she became depressed, burnt-out and left a career she loved.  I’ve also been a target –  in a  place where I’d felt liked, appreciated and respected. Because of the behaviour of one person, I felt I didn’t  matter, it was like I didn’t exist.  The good news:  it was limited to relatively a small project.

This experience brought up a range of thoughts and emotions: starting with injured innocence and a sense of betrayal  ‘I’ve done nothing to deserve this’, through sadness and loss, I’d see-saw between worthlessness and  grandiosity ‘I’m no good  – I’m too good for them‘,  fierce outrage with a vicious desire for vengeance ‘I’ll get you‘, followed by hurt and vulnerability.  Oh yes, and lets  not forget shame. There was an almost obsessiveness to my thinking, it was hard to keep a sense of perspective, hard to give it a rest, hard to let go. I could see how easy it would be to descend into depression, overwhelm and burnout.

The experience started me thinking – why does being ignored feel so bad?

I discovered that researchers from University of British Columbia studying the impact of ostracism found that feeling excluded is significantly more likely to lead job dissatisfaction, a degraded sense of belonging and commitment, health problems and a stronger intention to resign.  Ignoring someone sends the message that they are so irrelevant they are not even worthy of attention; it cuts off potential for exchange and leaves them no role to play in the social context.  This passive, covert behaviour is often seen as acceptable and relatively harmless, but leads to stress, anxiety and depression; the research showed that ‘silent bullying’ often causes more harm than other forms of  harassment.

Not having calls returned or emails answered, being excluded from a meeting, being dropped from a guest list or not being thanked seem relatively insignificant.  So why does being shunned impact so deeply? The researchers suggested that it’s because we have a strong need to experience belonging in our organisations.  As I reflect on my reactions, I can agree, belonging is really important, but the feeling of being slighted made me realise that belonging didn’t quite capture the whole picture. I believe ostracism cuts right through the structures of our sense of identity exposing our internal frailty to ourselves.

We all feel slighted sometimes; when we’re not given due respect, recognition or attention we feel devalued or insulted, our sense of worth gets knocked sideways and our inner equilibrium is shaken.  Slights are what psychologists call ‘narcissistic injuries’; pretty much everyone is vulnerable to them, they dent our ego and make us feel put down or belittled.

A significant piece here is that the hurt and humiliation of a narcissistic injury can open up corrosive psychic wounds that escalate out of all proportion, eating us away from the inside.  It gets more complex and destructive when we include the possibility that the ‘excluder’ may well be entangled in their narcissistic injury.   Usually I’m not particularly vulnerable to feeling slighted, I tend not to take things too personally, I like to give others the benefit of the doubt and approach relationships with a basic trust in human nature.  But this behaviour, sustained over time by a colleague in a leadership role, over time shook  my confidence. The more I struggled to get free the more enmeshed I became.

So what can we do when we find ourselves in this kind of situation?

As coaches we need to help managers and leaders recognise ostracism and take it as seriously as other forms of bullying. Incidents need to be ‘nipped in the bud’ to avoid contagion. Organisations can provide training in effective communication and create strategies and structures for dealing with conflict as well as fostering a positive climate. Coaching has a powerful role to play in this work.

At a personal level, it helps to simply acknowledge the hurt. This stops the circling thoughts that allow a slight to grow into a monster.  Meditation and mindfulness practice can reconnect us with an authentic ‘ground’ beyond the insecurity and restore a sense of perspective. Turning for support to those who do respect and appreciate us is another good strategy. But if you feel slighted frequently, in many different contexts, seeking therapy to examine the underlying fragility of your sense of identity could be a good move.

The other day I came across a quote from Eleanor Roosevelt “No one can make you feel inferior without your consent.”  I love the challenge of these words; even if I had been intentionally shunned, I’d been letting myself feel slighted.  Whatever is happening ‘out there’ I have a choice about how I deal with it and therein lies  a deeper source of power and freedom.

One Reply to “Tackling silent bullying in the workplace”