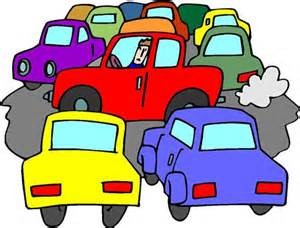 Many thanks to Mark Hunt for this post. Mark had recently finished his first training weekend with Wise Goose where we’d been looking at questions in coaching when he had real life opportunity to put the theory into practice!

Recently, after a visit to Wise Goose, I was travelling back to Exeter along narrow Dartmoor roads. I had an important meeting to get to and had allowed myself a whisker’s breadth of contingency to get there on time. It was mid afternoon and the roads would be quiet. What could possibly go wrong?

All was well until I tried to join the main road. In front of the junction was an enormous articulated lorry and in both directions cars as far as the eye could see. It was clear that the lorry was blocking the road, and my first thought questioned what the driver was thinking of bringing that great metal behemoth down these skinny lanes. And then – I realised it was an agricultural lorry and – tail between my legs – wondered who had more right to be there.

So I sat there. Agitated. Wondering what was happening. Who might be obligingly shuffling their cars around to let the lorry through. The picture in front me shouted: NOBODY! There was nothing going on, all was still. Not even the beeping of horns. I could have taken out an easel and oils, and painted the scene. Big glossy red lorry slap bang in the middle.

The German in me (from my grandmother’s side) could not tolerate this scene. It wasn’t logical to sit there in stillness. The Italian in me (from my fantasy’s side) wanted to jump out and wave his arms around mouthing off at people like a demented poliziotto. The polite Englishman that I am got out and walked sheepishly into the middle of the blocked road to survey the scene. Sure enough – nothing – not a thing! was happening.

The lorry driver was in view now. A very relaxed looking man in his fifties with a ruddy complexion sat with his arm out on the window edge – looking (mildly) wishfully up the road. I knew better than to approach lorry drivers on road related matters with anything other subservience.

I put on my jolliest face and gently approached the cab with an air of disempowered subservience, and I asked: “Can I help?”

The driver looked down on me and simply said: “No.”

There was no commitment whatever in his voice. He wasn’t angry, bemused, amused – nothing. It was like he had been temporarily distracted by something out of the corner of his eye and then realised it was just some minute piece of debris blowing around in the wind. I walked – deflated – back to my car. I was about to get in with a minutely victorious well-at-I-least-tried trophy of a moment, when I felt gripped by another power.

The cape came on. My pants were now on the outside of my trousers. The subservience was gone, and in its place a simple respect for the situation at hand. I marched back to the drivers cab. I said to him: “What needs to happen here?”

With my new found respect he could see I meant business, and he replied with a simple set of instructions: “Well that guy there needs to reverse into that drive, so the caravan can pull forward into the lay-by…..”

You get my drift. The German in me appreciated his logic, and the now placated and informed poliziotto set to work pointing, waving, and shooing the various drivers and their vehicles into their chosen destinations. Within only a few minutes we had unlocked the grid and the traffic started moving.

I nodded to the driver, he nodded back, and I walked up the line of now moving traffic to applause and cheers of: “Well done mate!”

Needless to say I got back in my car feeling very chuffed with myself; I bombed back to Exeter with one minute to spare for my meeting.

Reflecting on the situation later I was struck by two things. The first and most clear was the difference in the two questions. One “Can I help?” based in habitual politeness, and closed in nature; the other “What needs to happen here?” based in present moment concern for a needed shift, and open in nature. The underlying need to stimulate action was the intention of both, and yet their effectiveness could not have been more polarised.

The second thing that struck me was how I felt while I was asking these questions. With the first question I had no sense of conviction, I was not energised, nor even engaged beyond whim. With the second I was primed, pumped, ready for action. My need had not changed, nor my motivation. My will however had shifted dramatically; I had become determined to elicit change and with that came the right question. With the second question I didn’t even know what I was going to say until I started saying it. It was a question based in an alignment of my intuition, my will and the needs of the situation.