In this month’s post Janet Kipling,  a Wise Goose student, tells us how training in coaching is impacting on her work.  Janet began her career as a journalist in newspapers, and as a BBC radio reporter, producer and presenter.  Twelve years ago she jumped the fence to work in public relation. She still does occasional radio presentation work, writing and media training as well as teaching yoga, and came to coaching wanting to develop a decluttering business. 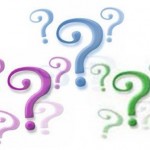 I’ve made a pretty good career out of asking questions. As a newspaper journalist, radio reporter and then presenter, asking the right question to get the headline or soundbite was a key tool of the trade. Thanks Helen and the Wise Goose team for turning this all upside down!

I began the course just intending to do the Foundation to enhance a small sideline I was developing in advising people how to declutter their homes and simplify their lives (www.clearhomeclearmind.com). I hoped the course would give me the skills to enable me to help people ….er….basically do what I wanted them to do. Silly me! As soon as the course started, a whole new world of understanding opened up. I realised that people really don’t respond well to being told what to do. I certainly don’t, so why should anyone else. Through the training sessions and then the practice mini coaching sessions which give us invaluable time to try out the skills as we go along, I could suddenly see the power of allowing people to work things out for themselves. And how you can still be present in that, creating a supportive environment, giving precious time, and above all asking the right questions, to help us access the wisdom we all have within us.

Wise Goose trainer Liz Scott is actually a former colleague of mine from BBC local radio and summarised this new approach succinctly. In radio we ask questions so the answers will benefit the audience who are listening – ie the speaker will say something to inform or entertain. In coaching, the answer is for the client alone. Not for an audience, not for the coach, but just for them. Thinking about it, maybe in our over-stretched lives we also have very limited time for this luxury. And that’s part of the power. Just to have time to tune out the babble, and to tune in to our own wisdom.

Of course this new found knowledge has influenced my interviewing. Radio interviewing can be very formulaic – a background question, some detail, a devil’s advocate question to challenge the interviewee, and then some kind of wrap up or look to the future. That’s a gross generalisation but it’s pretty much how it works. My new ear for questioning has certainly made me consider more carefully the exact nature of what I’m asking. I’m pleased to say it has also worked the other way round – the idea of the devil’s advocate question (which normally gets the best response in an interview) has also some similarities within the area of the coaching ‘challenge’ question.

The other thing about this coaching questions business is that I’ve started to ask different questions of myself. You know, that infernal dialogue in your head – the ‘citta vritti’ that yoga seeks to calm. How much better to ask yourself the reasoning behind something you did, or how it felt, or in an ideal situation how that would have panned out, than to pull out a judgement, often a harsh one. How much more self-nourishing and fruitful.

I’ve also been interested in words, and Wise Goose has been a wonderful opportunity to indulge this. And oh yes….I decided to carry on and do the whole course, not just the Foundation. After asking myself a series of carefully-chosen questions, of course!