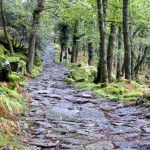 Following the previous post about pilgrimage I had some requests to say more about ‘Walking Coaching’.  So here goes…

‘Walking meetings’ have become a bit of a fad among  Silicon Valley and New York entrepreneurs, as well as at the White House where Barak Obama often ends his working day with a walking meeting with his chief of staff.   Steve Jobs was known for taking walking meetings, Mark Zuckerberg is said to have picked up the habit from Jobs.

Hikmet Ersek CEO of Western Union Co. advocates taking walks together with employees “People become much more relaxed, and they talk from their hearts if you go for a walk with them and they get to the point they want to make much more quickly.”  Perhaps that is why Freud, who we usually think of doing  psychoanalysis sitting beside a couch also did walking consultations. ‘Walking Coaching’ picks up on this growing trend.

Why this interest now?

Walking relaxes, re-energises, gets the blood flowing and improves well-being.   Walking has well documented health benefits; last year the British Health Journal reviewed research and found convincing evidence of the benefits of walking in treatment and prevention of a wide range of illnesses including diabetes, heart disease, cancer and respiratory disease. Also, recent research from Stanford found that walking boosts inspiration and creative output by an average of 60% which made me think of Henry David Thoreau who said: “Methinks that the moment my legs begin to move, my thoughts begin to flow.”

I’ve been weaving the outdoors into my work for years; I learned the joy and power of mindful walking from Zen Buddhist Thich Nhat Hanh back in the 80s and the value of taking the people I work with out into nature from ecophilosopher Joanna Macy at about the same time.  With a venue in Dartmoor National Park it seemed obvious to incorporate walking and the outdoors into coaching during our Wise Goose courses. It’s popular with students who have discovered for themselves that it helps clients with problem-solving, generating fresh perspectives, new ideas and ‘ah-ha moments’.  I’ll say more about the ‘nitty gritty’ of how to do effective walking coaching in a future post.

Going back to the idea of pilgrimage, in “A Philosophy of Walking” Frédéric Gros argues that from Plato and Aristotle onwards,  movement and mind are linked in Western thought. He suggests that contemplative walking; the walking of medieval pilgrims,  Jean-Jacques Rousseau, Thoreau and Kant is the Western form of meditation: “You’re doing nothing when you walk, nothing but walking. But having nothing to do but walk makes it possible to recover the pure sensation of being, to rediscover the simple joy of existing […]”

So there we have it – walking alone or taking walking meetings are good for mind, body, spirit, and business!  Why not give it a go this week?